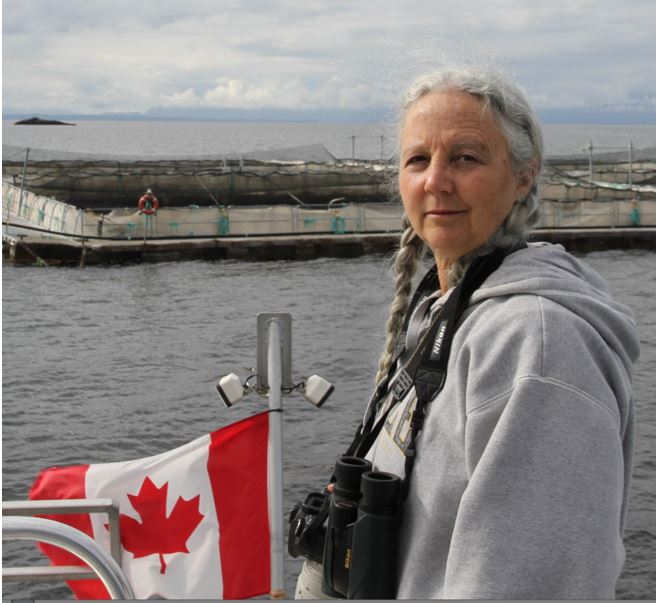 (Sointula, BC, March 12, 2015) Alexandra Morton a biologist who has studied the impact of industrial open net salmon farming and become a vocal opponent of the industry in British Columbia, stated she was very "encouraged that the senators realize that aquaculture lobbyists were authors of large portions of rewrites of the Fisheries Act related to fish farms." She went on to say, "this is like giving Dracula oversight to write policy for a blood bank." She was responding to testimony heard by the Senate Committee on Fisheries and Oceans earlier this week.

Issues of concern related to fish farms, include:

Alexandra Morton is scheduled to testify before the same Senate committee later this month.

On February 25, 2014, the senators were informed “Under section 36, it's illegal to put into the water any harmful substances, so that was a very critical impediment to further operation of the aquaculture industry, so that's what we're currently dealing with” (Mr. Bevan, Associate Deputy Minister, Fisheries and Oceans Canada).

Alexandra Morton is the founder of the Department of Wild Salmon. The Department of Wild Salmon links together the experience and knowledge of hundreds of salmon groups, First Nations, university departments and labs. It uses on the ground real-time information and cutting edge science to pinpoint the problems and empower communities to manage the impacts on wild salmon from a local level with a province-wide perspective, keeping each group financially independent.